Even before commercially thinning ~80 acres of the woods on our farm, I had come to appreciate the challenges of controlling the vegetative response to letting in more sunlight.

In open pastures, the grazier can readily mow, spray or even till and re-seed to deal with noxious weeds and invasive brush. But livestock impact is often the only practical tool for managing vegetation in tree-covered silvopastures.  Consequently, silvopasturing relies on intensive rotation of higher livestock densities. When done correctly, the stock put enough pressure on plants in the silvopasture understory to avoid a blow-up of brush, brambles and other problematic plants. Animal impact is a combination of: duration; interval and frequency – as well as: density, stocking rate and stocking capacity. All are within the grazier’s control to be manipulated to achieve the necessary impact. Impact is also influenced by: vegetation quality and quantity; soil conditions; diet (e.g. animal craves woody plant fiber due to low fiber ration); accessibility (think of inside a brushy area vs. outside) and season (ground conditions, forage maturity, etc.).

After two and a half seasons now of trying to increase summer grazing densities to sufficient levels to beat back the bad brush that wants to "fill the void" we've created through harvesting trees and removing much of the undesirable understory plants in the early summer of 2015, I now have a better understanding of a few important considerations: This is an example of > 1.5 million pounds/acre of (sustained) density on the spots around the bales 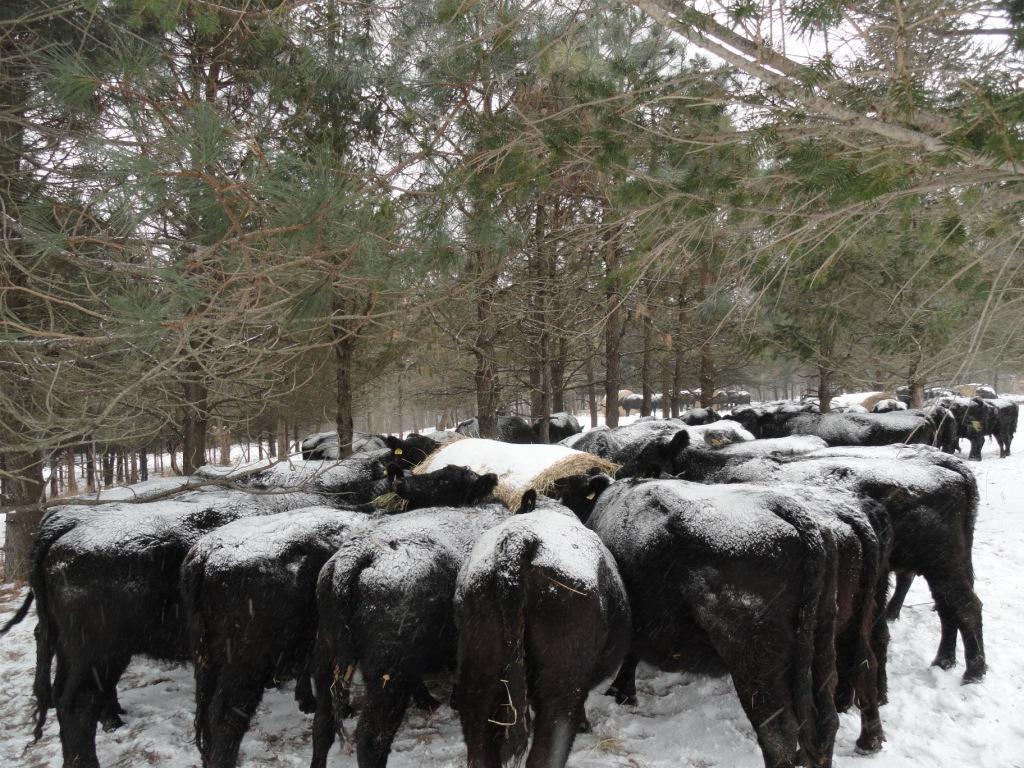 But be careful not to let too much waste accumulate in areas with trees.  Trees are intolerant of smothering layers of soil or organic matter on top of their shallow feeder roots. 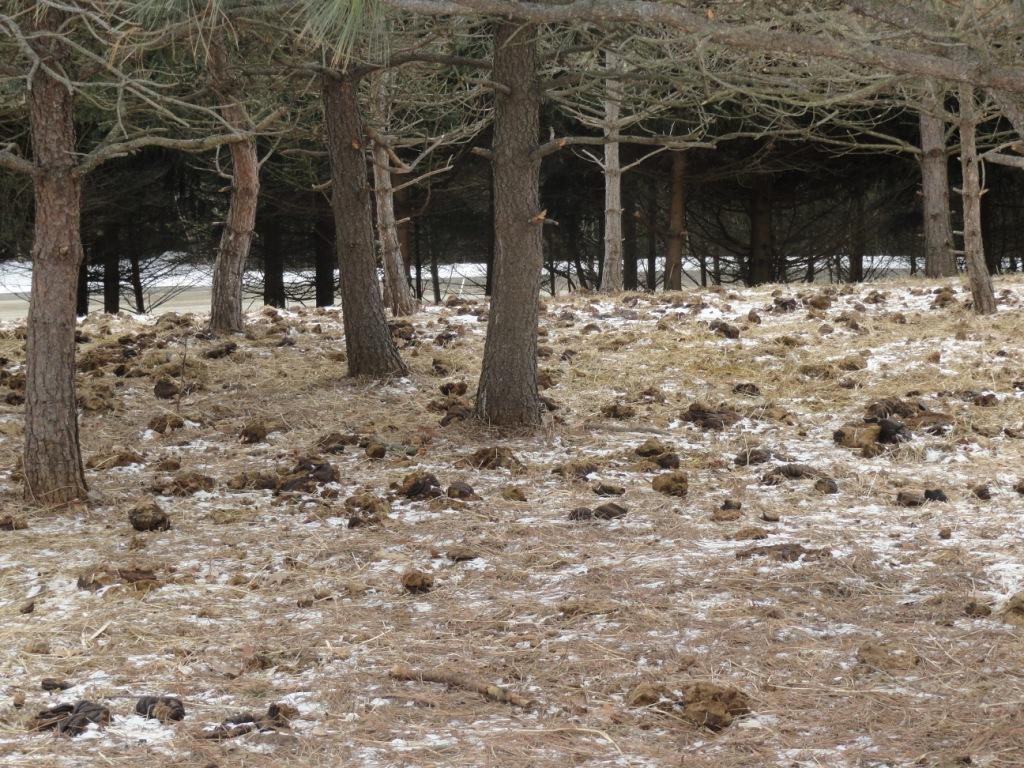 how fast does the pasture recover in the spring/summer do you seed for grass? any new photos from the new season? thanks :)

the speed of recovery for bale-grazed areas depends on the amount of wear and tear.  As long as we don't make too much soupy mud (grass plants roots are destroyed), the areas quickly bounce back in the spring.

Here's a picture of the cows standing in the same spot as the first two pictures above.  A bit trampled down and weedy-looking, but good veg cover. 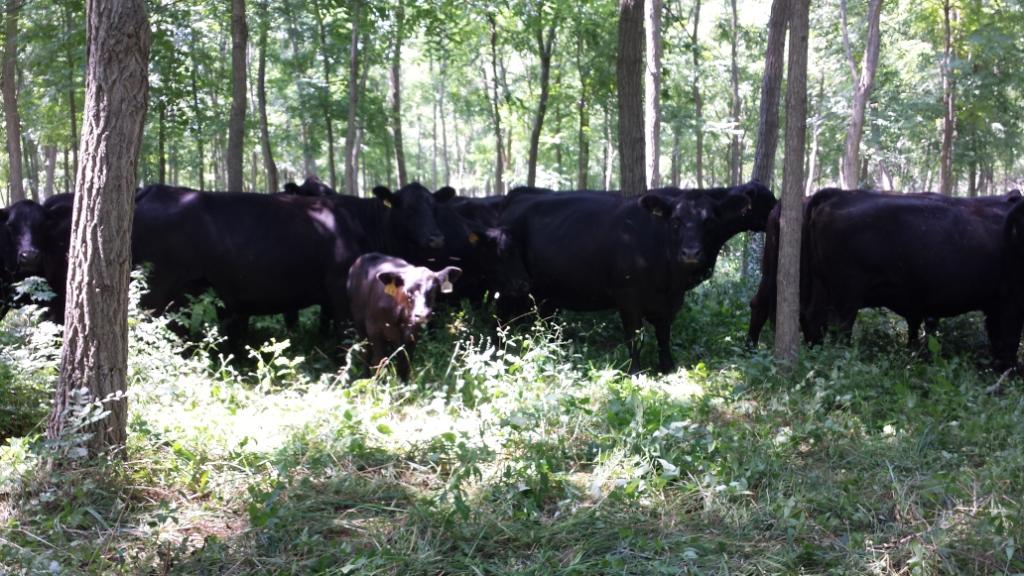 An nice example of how silvopasturing makes sense just about anywhere that trees & forages can be grown together:…Continue